Well, it’s really coming down to the wire, people. I realized that it is now two weeks until the first day of fall, so it’s time to step up my motivation and get some of this list crossed off!

Next thing up for crossing: 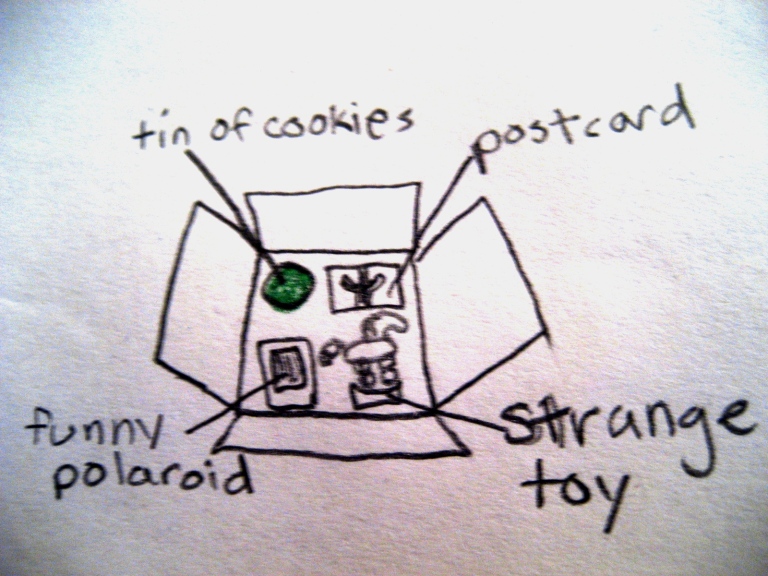 My buddy “The Duckster” lives in Hawaii now, and I know he gets a bit homesick for the shenanigans of his mainland friends, so I like to send him little reminders we’re still thinking of him. 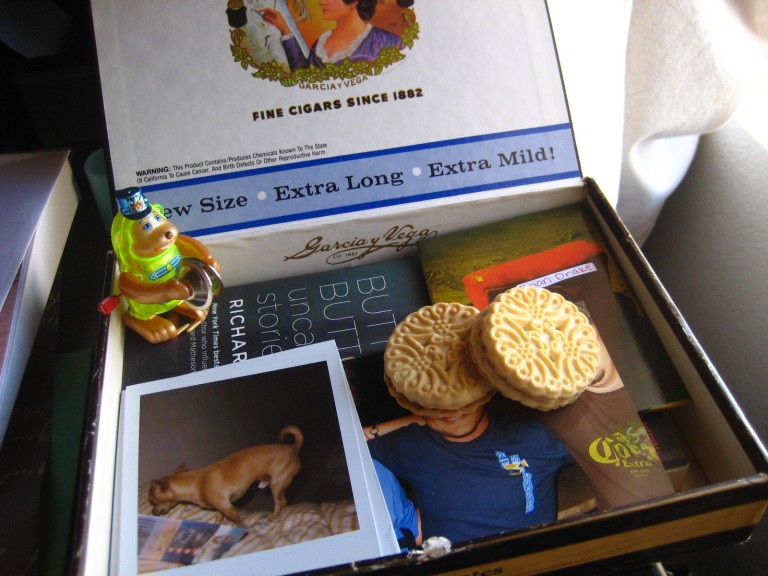 I like to send small, strange boxes. This one happens to be a cigar box. He can then recycle it for something cool to show off to the wahines he brings home.

“Oh, this old box? I just keep my pipe tobacco and darts in it. My buddy from the mainland sent it to me.”

How cool does that sound? Anyway, here’s some of the mischief the Beau and I sent him:

Don’t you wish you could get packages like that? Well, the first step is giving one just as cool. 🙂