Mr. Printables is a fabulous resource for things to do (yes, mainly for kids, but who decides that?!) And the other day I found Doodle on the Moon!

One day I will have a giant chalkboard moon, and all my nieces and nephews can take turns doodling with colored chalk on it. But that is for a time when I have a permanent home. 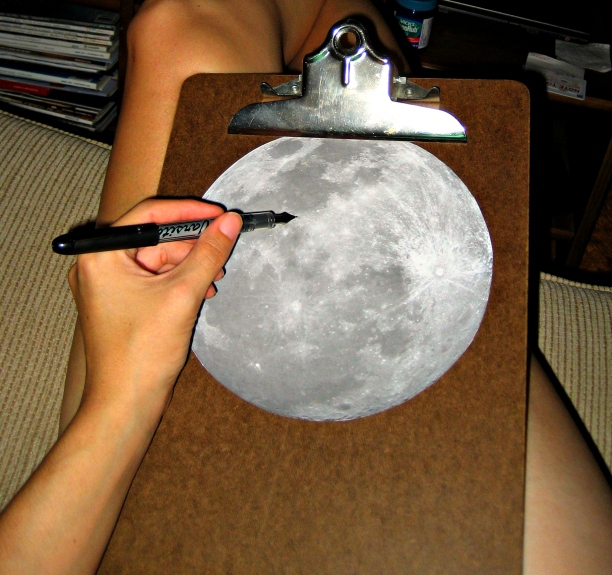 Yesterday I sat, trying to think of what I should doodle on the moon. I got frustrated because although I thought of quite a few things I could do with it, I didn’t want to do anything to this particular moon. I was crazy to think that just one moon would satiate my space-wonder. So, this one is hung on the wall pristine and intact, and later, I will make a dozen copies and they will show up in subsequent blog posts. 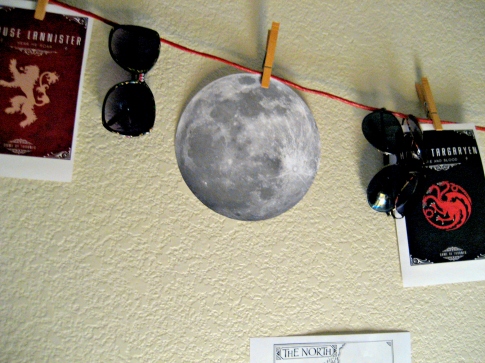 I should probably take down the Game of Thrones sigils, since it won’t be airing again until March/April, *sniff*.

(title via a jazz standard)