“Prohibition. Insane idea. Try to keep me from taking a swallow of this tea and I’ll drink the whole pot.” – Diana Vreeland 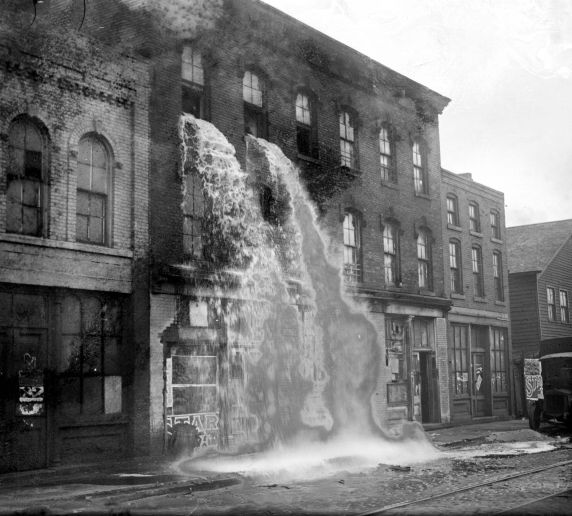 Alcohol, discovered by Prohibition agents during a raid on an illegal distillery, pours out of upper windows of three-story storefront in Detroit during Prohibition, 1929